Rolling In The Deep – A Singer’s Guide

Adele’s “Rolling In The Deep” is certainly one of the most popular songs to come through my studio in quite a while.  Her bluesy, impassioned vocals grab the listener and inspire other singers to try and do the same.

The relatively low range of the song makes it makes it tempting for more beginning singers, but beware – there are some vocal landmines in this song.

The structure of the song is relatively simple – a verse, pre-chorus and chorus.  The song is basically comprised of only four chords, which should inspire you to start songwriting – but that’s another topic.

The verse is the section that starts “there’s a fire…”

The verse of this song resides in the chest voice or lower register of this voice.  It is very easy to become breathy and weak here.  Adele’s voice is rather deep so her voice sounds great on these low notes.

Chances are you do not have a voice like Adele’s – your voice might not have the same intensity as hers on these notes.

Make sure you keep your vowels more open or wide when singing low.  Try singing the verse melody on the word NAY – you can even make it a little “bratty” or “witchy” sounding.

This will help you find your chest voice on these notes.

Here’s the killer part. “We could have had it…..UH OH!”  The word ALL is the second highest note of the song.  It is the C above middle C on the piano.

This note sits in the upper part of a singer’s bridge, also known as “the break.”  It is in this area of transition from chest to head voice that so many singer’s problems occur. It also comes after singing only in the chest voice, so it is a bit of a shock for the voice.

Adele sings this note with great intensity – and this creates a problem.  The AW vowel for the word ALL is a wide vowel and will tend to pull up the lower register and create a strain or shouting.

We need to change this sound to UH (as in “up”).  This will reduce some of the lower register pull and get us into a better balance.

I will have singers practice the line this way:

“We could have had IH-DUH.”

Forget the L sound for the moment – we just want to concentrate on getting the UH balanced.

Now try it with the L:

“We could have had IH-DUUUUUHL.”

I like to think of “it all” as one nonsense word “IH-DUHL.”  This forward motion of making it all one word eliminates the difficulty of trying to start the word ALL by itself.  The new silly word can also stop the mind from trying to put back in the AW sound and creating strain.

Next comes the word “deep” on the same note.  Adele sings this lightly here with a bit more head voice (as opposed to the belted “all”).  The note quickly goes up a note higher, which she also does very lightly.  You can think of this note like a breathy falsetto.

The word “inside” is the next one to be belted.  The “in” part of the word is in chest voice, and the “side” part is in the vocal bridge.

“Side” is a diphthong – which means there are two vowel sounds put together SAW-EED.  We want to sustain on the SAW part.

Again, we have that tricky AW sound, which will cause us to strain.  We need to change it to UH.

This gives us “You had my heart in-SUUH-EED…”  The UH will reduce the strain.

This may be tricky at first so feel free to only sing the first part of the diphthong in order to get it right.

“You had my heart in-SUUUH.”  Get the UH vowel balanced before you bring the past part of the word (the EED) back in.

This will give you the basic roadmap to begin tackling this great song. 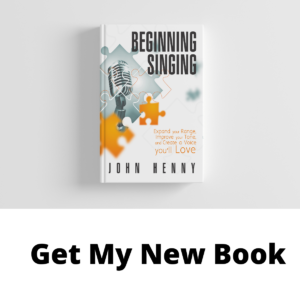